The ECB’s worst mistake is the lack of sensible PR. If the ECB were a regular company in the free market, it would quickly fire its PR agency and focus on solving its biggest problems. Even so, ECB’s policies are a lot better than its outdated, polit bureau-style PR strategies.
After all, the financial crisis started in the US with the subprime mortgage disaster. Moreover, it was Obama who got us embroiled in a stubborn and certainly avoidable political showdown with the GOP. As a result of President Obama’s strategic miscalculation, the U.S.–for the first time ever–lost its stellar AAA rating.
By now, the ECB seems to have learned its lesson. In today’s 24/7 news coverage, hyped up by the likes of Twitter and Facebook, slow ECB reactions—even smart ones—are always a tough sell. The next big effort to finally reign in interest rates may not occur in the sovereign bank or bank funding like most market analysts had predicted. 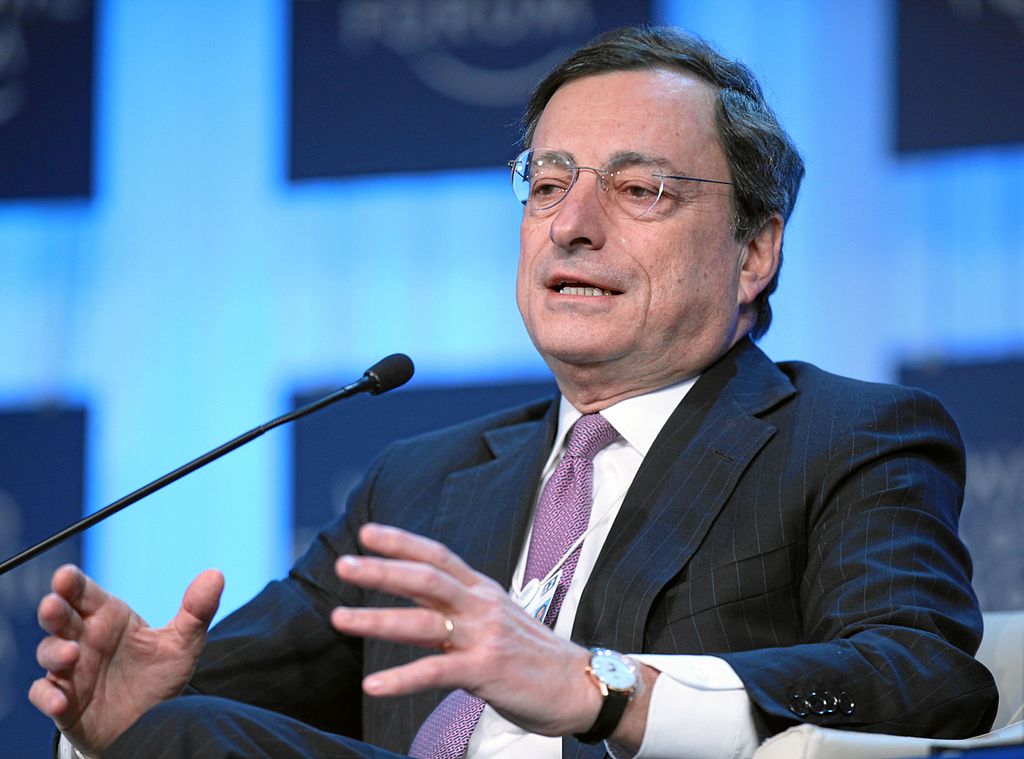 Instead, the ECB may tap the market for non-financial corporate bonds.
At least that is the opinion of the two renowned Goldman Sachs strategists Charles Himmelberg and Lofti Karoui. In an internal communication with clients they made the observation that obviously the ECB’s president Mario Draghi rejects the notion of a principle to deploy unlimited funds. After all, such a move would not only severely reduce the value of the Euro, but also mostly put the credibility of the Euro in question.
Hence, he and his team decided to deploy “creative new policy instruments” instead.

The ECB’s strategy—unlike its PR straight out of stone age–has already proven successful. The ECB’s long-term refinancing operations (a.k.a. LTRO) successfully strengthened the value of the Euro in the first quarter of 2012 by granting plenty of liquidity to Eurozone banks. They, in turn, re-invested these additional funds just in time to strategically drive down yields.

According to Goldman Sachs, the ECB could deploy the very same strategy to the non-financial private sector:

“The ECB could activate innovative policies that support the non-financial sector via direct purchases of corporate securities or possibly another LTRO modified in the direction of the Bank of England’s “funding for lending” scheme. Such policies would be consistent with a desire to support the private sector rather than encourage moral hazard by directly supporting sovereigns. Of course, like LTRO, but to a lesser degree, support for the non-financial private sector would flow back to the sovereigns via higher growth. But this is not the sort of sovereign support that runs a high risk of moral hazard.
President Draghi has not announced such policies, but in his remarks last week and again in yesterday’s press conference, he hinted that additional non-conventional measures are being considered. More importantly, we think, is the clear resistance – consistent with longstanding ECB policy – to providing any sort of unconditional support to sovereign markets.”

The takeaway from Goldman Sachs’ Charlie Himmelberg and Lofti Karoui is plain and simple: “we suspect that the market is under-pricing the possibility.”

According to Citibank, the LTRO is indeed efficient, but not without side effects. The most notable one is that “domestic banks, already heavily laden with domestic sovereign debt, make room to buy primary issuance by selling in the secondary market.” In plain English: LTRO yields may spike as result instead of dropping.

While Nouriel Roubini successfully keeps hitting the ECB for every real or perceived misstep, the reduction of red tape has not been an issue for the Obama administration. Ben Bernanke’s options are limited. As a self-proclaimed depression fighter, he will either keep the money supply steady or increase it. He is certainly in no hurry to reduce the money supply and let interest rates finally go up.

Well, unless Obama loses his re-election and Mitt Romney becomes President, that is. Ben Bernanke might then accidentally change the Fed’s ‘independent’ policy and follow Mitt Romney’s guidance to quit debasing the US Dollar. Do you really believe this can never happen? Think again. Alan Greenspan did the very same back in the early Bush years. Once his job was on the line, Greenspan was immediately willing to forget his own convictions and bow down to then-President G. W. Bush. Greenspan liked being the Chairman. This scenario could repeat itself.