Back when initial plans for the common European currency were being drawn up, the United Kingdom was eager to be a part of it. However, it turned out rather differently. George Soros’s legendary speculative bet against the British Pound back in 1992 succeeded beyond his wildest expectations and forced Her Majesty’s government to leave the currency basket, dashing all hopes for a participation in the euro project. Today, both the British and the Europeans are living with the consequences.

Among the most fateful effects of Soros’ raid on the Bank of England is the fact that the European Union is not just dominated but practically controlled by the German-French axis. Today’s politicians in charge, German Chancellor Angela Merkel (once a physical chemistry researcher in the Communist-ruled Eastern Germany, who rose to power after re-unification on the heels of her political friendship with former Chancellor Helmut Kohl) and French President Nicolas Sarkozy, play nicely hand in hand. None understands the Keynesian paradox of thrift and no one in their entourage would dare to explain to them the sheer senslessness of their rough austerity prescription for PIIGS. Keynes was, after all, neither a German nor a Frenchman. He was British.

Since even the British cabinet of David Cameron has contracted the austerity virus, the European Union is committing a collective economic suicide.

The European Central Bank could provide some counterbalance, but it too is dominated by the French and the Germans with their chronic Mercantilism and acute austerity, courtesy of Soros’ successful speculation (you can read his account of it in Soros on Soros: Staying Ahead of the Curve

There are a few brilliant economists who could pitch in and fix the mess in Europe, but they happen to be British-educated and you know how well that goes over in Frankfurt nowadays. If they can’t talk some reason into the Cameron cabinet how can they make any difference across the channel. Without a formal role at the ECB by the virtue of having a common currency, they can’t.

Take for example Willem Buiter (Professor of European Political Economy, London School of Economics and Political Science). He served on the Monetary Policy Committee of the Bank of England in the good ol’ days between 1997 and 2000, then he went on to work as Chief Economist and Special Counsellor to the President of the European Bank for Reconstruction and Development (2000 through 2005). You may have read his fascinating articles which used to be a highlight of the Financial Times. The Eurocrats should be bending backwards to have him run their economic affairs or sit on the monetary policy committee of the ECB. Instead he was hired by Citi in January 2010 and serves as Chief Economist from his office overlooking Canary Warf in London (at what is deemed a safe distance from Germany’s punitive tax laws).

Courtesy of the successful bet against the pound by George Soros back in 1992, British-educated economists and bankers are as welcome in Frankfurt as Greece is welcome to spend.

But British-educated economists are the ones who grasp the merits of a Keynesian intervention, something you cannot say about French or German educated ones. Thus a crude mix of Austrian School of Economics and Mercantilism is the only prescription the current breed of Eurocrats know how to write.

In its latest power grab at an European summit in late October 2010, Germany managed to convince fellow members of the European Union to accept a rather imprudent new economic strategy, rushed through by Germany’s Finance Minister Wolfgang Schäuble. Members of the European Union decided to force investors in sovereign bonds to take losses as a precondition of future government bailouts. Bonds tanked immediately on the news.

The implications of this new policy are profound and won’t just hit countries like Portugal, Italy, Ireland, Greece and Spain (PIIGS). In the long run it will come back to haunt core EU members, including Germany and France. The problem is that at the time when Germany and France start to feel the effects of their own ill-conceived monetary and fiscal policies, they will have pushed the European Union into a lost decade of low growth to no growth or an outright economic decline.

Germany’s rough prescriptions for austerity will lead to a sharp rise in borrowing costs for weaker peripheral euro-zone governments (PIIGS). The biggest danger right now is Portugal’s political inability to push through the highly unpopular austerity cuts through the Portuguese Parliament. According to the Portuguese Foreign Minister Luis Amado, budget cuts of the magnitude ECB officials are demanding may force his country to leave the Eurozone.

In the pre-Euro era, the handling of a financial crisis would have been a lot easier for Portugal and the other PIIGS. At a time of economic upheaval troubled countries would devalue their currencies by printing more money and thus restore their competitiveness through lower labor costs in real terms (in Bernanke speak you might call it “quantative easing”; we are so good at it here in the U.S. that we have started round two already).

What To Expect: The Way Ahead

How Will The Portugal-Ireland-Crisis Play Out? There are three possible scenarios.

The best-case scenario: A swift and generous intervention. Don’t celebrate just yet, it won’t happen due to the lack of political backbone.

The best-case scenario–the ECB rushing to the rescue of Portugal–is getting increasingly unlikely. Even if the ECB were able and willing to quickly contain the Euro crisis created by Portugal’s budget problems, German and French politicians would derail it by resuming the usual bickering in order to gain political points. They frequently seem to compete for the title of best actor in the never-ending Greek tragedy of a common currency without a common bond market.

A quick solution of the Portugal-inflicted euro crisis is highly unlikely at this point and this means that the Euro will keep loosing value for now. This is a perfect opportunity for hedge funds to shorten the Euro big time.

Scenario 2: A Long Drawn-out Drama will be Averted At The Last Minute

The most likely scenario: A repeat of the Greek crisis.

The most likely scenario is the total escalation of the Portugal-Euro-Crisis until even the very last German or French citizen is fearing for the value of his or her euros so that German and French politicians finally feel compelled to rush to the rescue and push the ECB to intervene at the last moment. This represents an awesome chance for hedge funds, institutional investors and high-rolling speculators to make a quick buck.

Scenario 3: The Euro spins out of control

The worst-case scenario: European politicians and the ECB fail to avert the Euro crisis and Portugal leaves the Euro zone in disgrace.

The worst-case scenario would be a precedent of a euro zone member leaving the common currency. The Portuguese Parliament may not be able to agree–due to internal political pressure from its own constituency–to the demands of the white knight (the ECB) and is forced to leave the euro. While Portugal as a single country is initially too small to make a difference for the stability of the euro zone, it is certainly relevant enough to question the resolve of the ECB to promote a viable and trustworthy currency. Should this scenario unfold, the euro will never be the same again.

The European Complacency in Full Swing

In June 2010 Timothy Geithner had to complain about the European complacency in containing the crisis and had to push hard for European stress tests. After incurring big and most of all avoidable losses, European officials finally came around to implementing stress tests, but it took them far too long both for the taste of financial markets and rating agencies (and then the tests turned out to be meaningless). This time it’s not going to be any faster if at all.

In the worst-case scenario there would be no quick end in sight for the turbulent slide of the euro (one reason why this scenario is very unlikely), so speculators–unlike in the first and the second scenario–needn’t be concerned about when to quit their euro shortening. They will have plenty of time to head for the exits.

You may remember the CIA video conference with top MI6 top brasses in James Bond: The World Is Not Enough

, when M was told by her U.S. colleague rather bluntly: 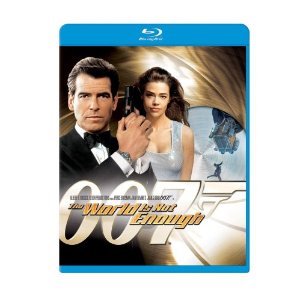 “Bring your house in order… or we will do it for’ya.”

The reality is much more thrilling than what a Hollywood scriptwriter could dream up. The US Secretary of the Treasury, Timothy Geithner, will probably soon have another opportunity to tell his European counterparts not to sleep on the job.

In a nutshell: Speculators will have ample opportunity to shorten the Euro, again. It begets the question whether Europe intends to learn from past mistakes at all. And the answer is: Not if they can help it.